The COVID-19 crisis has had a deep and immediate impact on the work of the Kendeda Fund and our grantee partners, revealing new challenges and unforeseen threats that were unimaginable just two months ago.

Since the pandemic arrived, Americans have responded by stocking up on guns and ammunition, a reality that will likely lead to higher rates of suicide, domestic violence, and unintentional shootings. According to a New York Times review of federal data, Americans bought about two million guns in March 2020, making it the second-busiest month ever for gun sales, trailing only January 2013, just after President Obama’s re-election and the mass shooting at Sandy Hook Elementary School.

Easy access to guns has always been a problem in the United States, of course. But the risks feel even more acute, and the consequences more fatal, during these unprecedented times.

Late last year, before fears of coronavirus and the panic-buying of firearms were on anyone’s radar, The Kendeda Fund teamed up with The Joyce Foundation to examine how Americans feel about firearms licensing as a means of reducing gun violence. Licensing systems may include a variety of components such as permits to purchase, firearm registration, renewable ownership licenses, mandatory online safety training and more.

Hoping to better understand public attitudes around the range of potential approaches, we partnered with Global Strategy Group to field a nationwide poll of 1,200 likely 2020 voters, including over-samples of the Latinx and Black communities.

The survey results were illuminating, and suggest a number of paths the gun violence prevention movement might explore in the months ahead.

According to a memo prepared by the pollsters, “Voters of all backgrounds are overwhelmingly supportive of firearms licensing. Most agree we need to do something to stem the tide of gun violence, and they want smart policy that has an impact.” In fact, according to the research, 86 percent of all voters support “requiring a license to purchase and own a gun.” Even among gun owners support stands at 77 percent.  (You can read GSG’s memo here: Joyce Kendeda – Licensing Memo 04.22.20).

These survey results suggest room for reform beyond universal background checks alone, and they are encouraging news for everyone seeking to build a safer, less violent society. During a period of extreme national polarization, where consensus is hard to come by, the American public is deeply aligned around the need for firearms licensing.

GSG’s findings also show voters are also growing weary of Congressional stagnation and sclerosis when it comes to gun reform. In fact, non-gun owners and gun owners alike – regardless of party affiliation – overwhelmingly support the concept of registering guns in much the same way we register motor vehicles.

During a period of extreme national polarization, where consensus is hard to come by, the American public is deeply aligned around the need for firearms licensing. 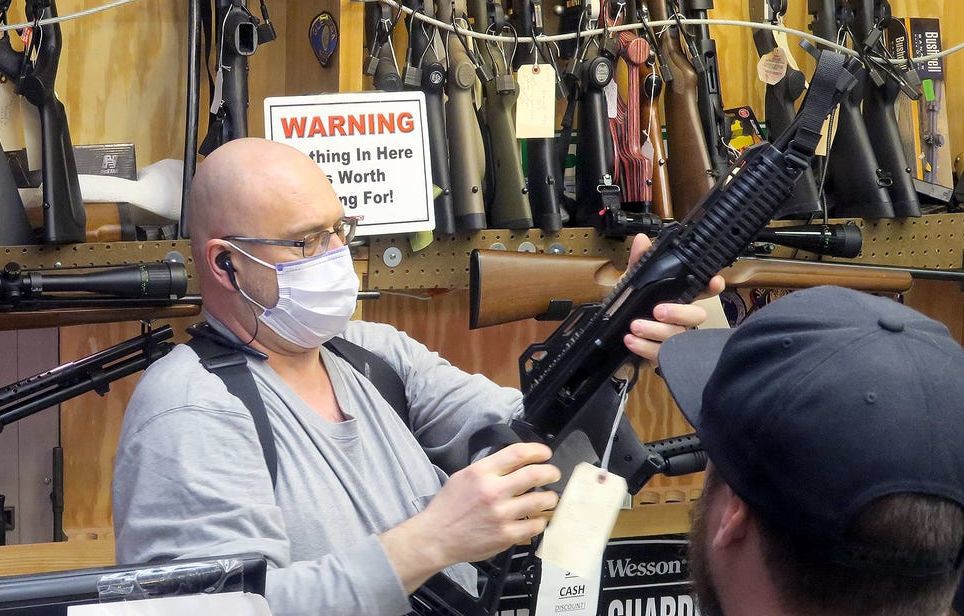 Absent meaningful federal reform, at least a dozen states and the District of Columbia have enacted some form of a licensing law. According to Rand Corporation’s Gun Policy in America project, “State policies that require permits or licenses to be renewed create a mechanism whereby law enforcement routinely confirms that a firearm owner remains eligible to possess or purchase a firearm, and the policies could facilitate firearm removal from owners who become ineligible.”

One example: Connecticut’s licensing law, passed in 1995, helped contribute to a 40% decrease in the state’s firearm homicide rate and a 15% decrease in its firearm suicide rate. Licensing laws are also working effectively at the local level, and have been shown to help reduce homicide by as much as 10 percent in some cities.

The takeaway here is not complicated. Americans, by a wide margin, see the value in licensing firearms. We also know that licensing helps reduce violence and death.

At a time when gun sales are climbing and the threats to our public health are compounding, it is essential for law makers and grant makers alike to recognize there is another countervailing groundswell in favor of common sense. There is light amid the darkness. We have an opportunity to coalesce around simple, effective reforms – particularly licensing – to help restore a sense of safety and better protect our communities. Let’s wait for the right moment, then make it happen.

David Brotherton is the fund advisor for Kendeda’s gun violence prevention program and the president of Brotherton Strategies. You can find him on Twitter @brostrat.