I’m a bit of a Broadway fanatic.  But even many of those who have heretofore been immune to the charms of musical theater have been taken by the musical sensation of “Hamilton.”  For me, it’s the rare piece of art that liv 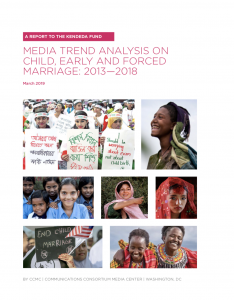 es up to – even surpasses – the hype surrounding it.   And while there is so much that can be said about Lin Manuel Miranda’s incredible work – I’ve been thinking lately about the power of the last song of the musical, “Who Lives, Who Dies, Who Tells Your Story.”  In it, Miranda asks us to consider the power of the historian, the journalist, and the narrator to define whose stories are told, whose voices are elevated, and, ultimately, who is controlling the narrative.

This question has always been one of interest to The Kendeda Fund, across many of our program areas. And ultimately, we come down on the side of favoring stories being told by those who are most intimately connected to a situation.  We’ve seen it in supporting Cambodian documentarian Kalyanee Mam’s telling of the story of exploitation and rapid development in Cambodia in “A River Changes Course.” And we have been proud to have a small part in elevating voices of gun violence victims through our support of Since Parkland, a unique initiative in which teen journalists themselvestell over 1,200 stories of American kids affected by gun violence.

We favor these voices not just because intuitively and morally it “feels right,” but also because these voices provide nuance, context and relevancy that elude outsider voices who might be focused on extracting a story from a community.  In short, we learn more when we listen to these voices.

Living up to these aspirations has, at times, eluded our work in Kendeda’s girls’ rights portfolio, which uses the problem of early and child marriage as an entry point for a broader set of conditions that limit opportunity and equity for girls and young women.  Kendeda has been following media trends on this issue for some time now, recently commissioning the Communications Consortium Media Center (CCMC) to re-analyze media trends on child marriage over the past 5 years.   With the report, Media Trend Analysis On Early, Forced and Child Marriage: 2013—2018, recently published, it’s been interesting to observe where progress has been made, and where a full telling of “the child marriage story” remains elusive.

First. the successes the report uncovers:

We are documenting victories.

Fully 80 percent of the child marriage stories done in 2017 left readers feeling hopeful, with 42 percent of them describing successful projects and solutions.

This is up dramatically from the 9 percent that mentioned solutions in 2013, a five-fold rise. Only 12 percent of the stories this year focused exclusively on the problem or its victims, a drop from 37 percent several years ago.  For example, a simple story that appeared in 2017 in Bangladesh’s The Daily Star, “Cycle Race Against Child Marriage,” showed groups of Bangladeshi girls operating collectively to raise awareness about the problem of early and child marriage in their district.

We are acknowledging root causes.

The media is acknowledging that cultural norms and tradition are driving factors of early and child marriage, rather than solely being a problem of poverty alone.  This is critical to devising solutions that move us beyond a transactional mentality of swapping cash and expecting enduring or meaningful behavior change.  The Christian Science Monitor’s “The Girls Who Took Over a Town in Rural India” is a longer piece that explores the relationship between culture, gender inequality and social norms and the downstream effects, includingchild marriage. On the other hand, the report clarifies that our media still has work to do to fully and properly tell the story.

We are missing the voices of girls…and boys!

According to the report, a mere 32 percent of the coverage analyzed included the voices of girls directly through their stories or quotes. And far fewer pieces included boys.  Without the voices of girls andboys we will miss the power as demonstrated in the New York Times reports “Child, Bride, Mother, Nigeria” or “These Girls Escaped Child Marriage.” Girls’ themselves will miss the opportunity to reflect meaningfully on their own lives – the situational analysis that is the critical building block changing their own lives. The photovoice methodology used in CARE’s Tipping Point project demonstrates both of these in spades.

We are misunderstanding completely the role of parents.

Of the stories reviewed, about 40 percent included references to parents. Of these, only 28 percent referred to parents in a positive light, with 72 percent describing parentsin a negative tone, often portraying them as responsible for forcing their daughters to marry. This overwhelmingly pessimistic representation of parents does not square with my experience, and it is a problem that the news media should work harder to correct going forward.

Of the hundreds of parents I have met across South Asia in the past five years, very few have chosen to marry off their daughters without qualms, remorse, sorrow, or a deep sense of loss.  Many feel trapped, fearful, and at a loss for constructive alternatives. And nearly all are stuck in a paradigm that they acknowledge serves no one particularly well.

If parents are routinely represented by the media as the “enemy,” then the logical policy solutions will nearly always be legal remedies to child marriage: arresting parents and criminalizing communities whole cloth.

Fortunately, Kendeda’s partners are proving there is another path forward, one that includes solutions providing girls, boys, parents and communities options to move forward together to new definitions of honor.  These solutions are not without tension or backlash; cultural change on this scale is never quick or easy. It will also be hard to truly elevate those solutions without a far more robust and accurate portrayal of parents in child marriage stories. But we truly believe these alternative methods represent the most enduring, sustainable answers.

Moving forward, journalists and other storytellers must continue to build on the successes documented in the Communication Consortium Media Center’s report by:

The ability to tell one’s own story is, indeed, a sacred gift.  And whether we are supporting victims of gun violence in America, or families struggling to break the cycle of child marriage in Southeast Asia, our job as funders and allies is to do all that we can to help make space for those voices to be heard.

Lives literally depend on it.